You are here: Home / doula / Mothering the Mother 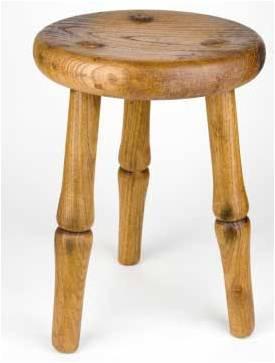 I’m writing yet another ‘what is a doula and what do we do?’ article. Why? Because I was asked to – but it’s hard. There are hundreds of these articles, scattered all over the web, trying to explain the role of the doula and attempting to address the many myths that surround us. It’s hard because I don’t know you, dear reader, and what you want to know about doulas and frankly, a lot of these articles seem intent on selling you something.

So I’ll start with an apology: I’m sorry I can’t be definitive about what a doula is, but I suspect it is not possible. Every parent needs something different to step through the portal to parenthood. Every doula is different, bringing different talents and personal traits to the role – and we are chameleons, adapting our support to each family we serve.

I can do nothing more that attempt to share a few random thoughts on what doulas are, why we are needed and what the future holds for our role.

There’s nothing modern or clever about the doula. The word was coined in the 1970s, but the women in the village who always seemed to materialise like magic around the time a baby was born – well, she has always been here. All women were schooled in the support new mothers needed; from maidens to mothers, we helped each other out – the maidens learning from the mothers so that, by the time it was their turn, they weren’t so scared.

Women gathered. Here in the UK, we were the Godsibs, or ‘Sisters-in-God’, bustling around when a woman went into labour, fetching the midwife, tending the fire and the older children, making food, massaging and supporting the labouring mother, turfing out the menfolk. We kept the house ticking over for a good month after the baby was born, to allow the mother to wallow in the bliss of her babymoon. We helped in the knowledge that the favour would be returned when our next ‘confinement’ came along. We fed and nurtured the whole family until the new mother was ready to be ‘churched’ and rejoin her community.

The men grumbling about our kindhearted chatter is how ‘godsib’ morphed into the word ‘gossip’.

All over the world, modern birthing rituals have separated us from our sisters. In Australia and the northern reaches of Canada, they flew mothers away from their communities and imprisoned them in sterile hospitals as soon as they reached term. In Europe, in one generation, birth went from hearth to hospital and woman birthed alone and lonely, in the company of strangers in masks.

It’s hardly surprising that this generation began to demand the company of their husbands. They hoped it would be less lonely, with their lover’s hand to hold. And sometimes it was. For the first time in 100,000 years, men were expected to provide more than firewood, hot water and protection. They were expected to know how to ease the passage, to be able to tend to the emotional needs of a birthing woman, to understand and respect the power and glory of labour.

It was too much for some of them. In the face of the stormy seas of labour, many men desperately sought a calm harbour in the form of the offer of pain relief. They psychologically identified with the (often) male doctors and unconsciously teamed up with the hospital staff to ensure quiet, demure compliance in their wives. Some were traumatised by what they saw. Others were angry at themselves for not stepping up to protect their womenfolk when they begged for support.

Many were wonderful, instinctive birth partners, and still are. But there is a cellular memory of the godsib; a wordless and hard-to-explain craving for our sisters, our mothers, our aunties. When I meet women, they find it impossible to describe this searching. They talk about the feeling that they need a guide or sherpa – they haven’t trod this way before and an experienced woman can point out the potholes on the path and suggest diversions and alternative routes.

What they hardly ever articulate is the deep need to feel a sister’s touch, to look deep into her eyes and know that, when the waves of labour threaten to pull you under, she will not let you drown. We can’t explain how it feels for a man to look up and search the doula’s face and to meet her proud smile and know, in one wordless moment, that all is well. It’s impossible to describe the peace that descends when a mother-figure arrives into a postnatal scene of chaos and without fuss creates an atmosphere that results in a calm baby at the breast, food and drink for the parents and a tidy kitchen.

It is tricky for doulas to explain the liberation that comes when support is non-judgemental. A mother can have the freedom to truly be herself, to allow the birth and babymoon to unfold in the way that is right for her and her baby. With this kind of support, a man can also step into his power as father and protector, lover and nurturer of motherbaby.

The modern doula is a strange hybrid. She is not, usually, your sister or your mother. This may be because a mother doesn’t have access to these women, or she does not have the kind of relationship that would make asking for sustained support a possibility. She is not your friend nor even a part of your social circle. Yet the relationship you build with a doula includes elements of all these. Her goal is to care for you as gently and lovingly as if you are her own daughter.

Interestingly, the research studies on doulas have found the most powerful effects on the way women feel about their births come when a doula is not a friend of the mother and not a member of the hospital staff. Perhaps it is our independence, our lack of agenda and a tiny emotional distance that makes our support so powerful. And it is here that we get close to understanding the difference between a doula and a midwife. Some say that, in an ideal world, midwives would be able to provide the holistic, psycho-social support they yearn to. Personally, I feel our freedom from hospital hierarchies and commitment to serve the parents and no-one else, gives us a uniquely therapeutic effect. As I am fond of saying, even where the roles of doula and midwife overlap, can a mother have too much loving care?

Do I think every women needs a doula? I think it depends on what kind of species you think we are. If we are like dolphins or elephants or bonobos then yes, we truly do need a circle of women around the time of childbirth. Not because we can’t do it by ourselves, but because it is safer (protection from predators) and nicer (oxytocin production) than doing it alone.

Unlike other species, our pesky neocortex can interfere in birth. Our challenge is to work out how best to calm the fearful voices in our clients’ heads. Some will need utter isolation and others (most, I suspect) will need a sense of having physical and psychological protection. That circle of protection of the partner, midwife, doula and doctor ideally provides enough of a sense of safety and unconditional approval for the hormones of labour to flow unimpeded and for birth and breastfeeding to hopefully proceed without problems.

And what of the future for doulas? I suspect we will continue to evolve in response to the needs of the mothers we serve. I have seen the landscape change to one where doulas are still not often making a living doing this work, but getting closer. I’m hoping that will build sustainability into the doula community and allow us to put time and energy aside to support more vulnerable women who can’t afford to pay. I foresee a greater acceptance and understanding from the medical professions and more creative ways of working together dreamed up. Most crucially, I am hoping the grassroots movements created and supported by doulas will begin to turn the tide and create maternity care that is driven by the needs and wants of mothers – mothers who understand that they have choice and control over how they enter motherhood.

The three-legged stool of doula care is strong and simple: we hold you up with practical, emotional and informational support. Use us, or don’t use us, but know we are there, to be who you need us to be as you design your grand adventure.