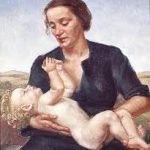 This post is dedicated to all the amazing doulas I know who ‘mother the mother’, to every breastfeeding support worker I know and to every single mother I have ever supported – you are all incredible.

One day? One day of the year we get. Just one. One day to appreciate, to thank, to hug to our hearts and sadly, sometimes, to remember, our wonderful mothers.

And whilst it’s lovely to be celebrated in this way, especially when the children are little, receiving homemade cards and flowers picked from the garden, this day always makes me think of all the mothers around the world just getting on with a million thankless tasks.

One day? Just one? When we do what we do? I can’t even begin to find the words to describe the awe I have felt for mothers I’ve met since I became a doula.

Mothers nurture a growing child in their wombs, fiercely protecting that future human despite having been rejected by the child’s father, despite rape, poverty, despite extreme emotional and physical suffering. 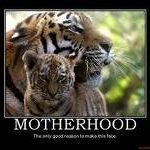 Mothers give birth. Some hunker down and roar their babies out; lioness mamas ecstatic with earth-shattering power. Some dream their babies into the world – flowing, spiralling, floating in the warm, wet other world of birth transformation.

Others have their children ‘untimely ripped’ from their wombs by induction, c-section, instruments – sometimes necessarily, but all too often at the instigation of an ‘all powerful, all knowing’ paternalistic figure.

But they all keep their dignity, their strength, their abiding love. Frequently, around the world, mothers sacrifice their babies, or even their own lives on the altar of poverty and ignorance.

Some mothers feel that overflow of piercing, painful love the minute they feel their child’s hot, wet body at her breast. Others, many who have been separated from their babies, find the love blossoms slowly over days and weeks. Some revel in the warm,  liquid, primal, sensual experience of the babymoon but many suffer pain, social isolation, lack of skilled support, physical complications or the black hole of postnatal depression or post-traumatic stress.

Whatever our journey, all of us mothers fight for their children, even to the extent of killing themselves in the belief their children will be better off without them. Really? Overly dramatic? Suicide is the leading cause of maternal death but we don’t hear these stories. Society is rightly, too ashamed to air these herstories, too scared to examine what it reveals of a world that allows such tragedy.

Without exception, we all bear guilt. Motherhood, especially in the West, has become a ‘damned if you do, damned if you don’t’ competitive battlefield. In our anxiety to get it right, we turn to the marketplace – to the legions of ‘experts’ and childcare manual authors who grow fat on our insecurites and doubt.

30% of UK mothers now work full time at the same time as still doing the majority of the childcare and domestic tasks. Around the world, the economic contribution of women means the difference between full stomachs and starvation for the majority of families. Most female work is drudging, badly paid, back-breaking, illegal and often downright dangerous.

Mothers around the world ‘bring forth in suffering’, not through God’s Will but because mothers must be submerged, disempowered, forgotten. What is the alternative? What trouble would we cause if we were all strong enough to stand up to a world that disenfranchises our daughters, sends our sons off to war, drags our children into drugs, violence and poverty and celebrates the machismo of our husbands when they leave us.

What would happen if our bodies were celebrated for the effortless way we can bear children and feed them, instead of using our curves and breasts to sell products?

What if Mothers had a voice. What if we all took back what is ours by right – our birthright – to labour and give birth safely with skilled loving attendants, in the place of our choice; to be supported with patience and loving care through the transition to parenthood; to be supported with affordable childcare, equal pay, financial support to stay at home with the children (after all, isn’t this a JOB, even if it doesn’t register in the GDP of a country?). To live without fear of starvation, rape, slavery, or domestic abuse.

What if we had the time and energy to actually get a say in the way the world was run?

As an afterthought I’m adding some fascinating facts to the end of this post:

According to the WHO: Every day, approximately 1000 women die from preventable causes related to pregnancy and childbirth.

Amnesty International’s report Deadly Delivery: The Maternal Health Care Crisis in the USA, urges action to tackle a crisis that sees between two and three women die every day during pregnancy and childbirth in the USA….With a lifetime risk of maternal deaths that is greater than in 40 other countries, including virtually all industrialized nations, the USA has failed to reverse the two-decade upward trend in preventable maternal deaths, despite pledges to do so.

Unlike the US, Britain has an independent body that records all maternal and perinatal deaths so that clinicians can learn and be held accountable. The Centre for Maternal and Child Enquiries is crucial but its continued existance seems uncertain.

On average, 2 women a week are killed by a current or former male partner. (womensaid.org.uk)

In the UK, PM David Cameron admitted pre-election that the NHS was short of 3000 midwives and promised to recruit that number. That promise has been forgotten. Midwives and mothers are worried maternity sevices are being parred down to dangerous levels. Meanwhile, in many developing countries, millions of pregnant women have no access to antenatal care or skilled intrapartum support at all.

If you want to find our more or join the movement to take back motherhood, visit www.oneworldbirth.com